Archive For The “Azerbaijan in the World” Category

The first national sculptor of Azerbaijan 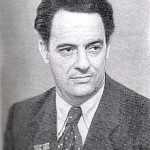 In 1947 he was awarded the USSR State Prize. Monument “women’s liberation”, established in Baku (1960, bronze, granite, architect M. Huseynov), the monuments of Samed Vurgun (1961), the poet Rudeki in Dushanbe (1964, Gold Medal of the USSR Academy of Fine Arts), “Ibn Sina” in Bukhara ( bronze, granite, opened in 1975, the architect H. Mukhtarov) and others. monumental works brought Fuad Abdurakhmanov deserved fame. Fuad Abdurahmanov is also known as a master of the portrait, he is the author of portraits of Sattar Bahlulzade (1947), Hazi Aslanov (tombstone 1949), Basti Bagirova (1951), Cuban Jesus (1962) and others.
Fuad Abdurakhmanov awarded the title People’s Artist of Azerbaijan (1956), Honored Artist of Azerbaijan (1943), Corresponding Member of the USSR Academy of Arts (1949), winner of the State Prize of Azerbaijan (1947, 1951). He was twice awarded the “Badge of Honor”. In Baku the Museum Fuad Abdurakhmanov. 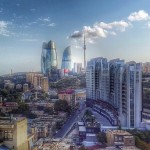 Nowadays, there is a big influence of oil industry development to the economical and political life of the country: many international oil companies are involved to the oil production.

On the 20th February 1994 the ‘Contract of the Century’ was signed resulting in the formation of Azerbaijan International Oil Company (AIOC). The shareholders are:

Its first project named Early Oil Project (EOP) was signed in 1996 to upgrade an existing oil structure in the Chirag development field. This was an existing 2 off 10 pile Jackets, which was refurbished to western standards.

This structure Chirag 1 had new topsides fabricated in Baku and Europe and with a completed weight of 8500 tonnes was set onto the jacket in 1997, using the lifting barge ‘Azerbaijan’. First Oil was on November 7th 1997.
Later, more development projects of BP Exploration started developing and Azeri, Chirag, Shah Deniz projects have big capacity involving many international and local companies into oil production process.

The big number of companies from different countries is busy in Baku. The political life of our country becomes different and interesting.  After disintegration of Soviet system during 1990s, Azerbaijan became independent and began to plays significant role in the revitalization of the region on the basis of relationship with many Western and Eastern countries.

After re-establishing of republic structure, Azerbaijan Government tries to fit to the developed democracy countries, and gets good knowledge from the experience of their legislation system.

Magnificent efforts for development of Tourism gave big impact in development of hospitality services in regions with opening of resort/entertainment centers.

There are some reforms and projects in the financial and banking system, in the sphere of education agriculture etc. what can put a positive basis into the future development of our country. As a citizen n we expect many things from the new era of Azerbaijan Republic and hope to see the better times of our country.

Speaking about the life Azerbaijan for every citizen it is a great pleasure. Everybody who loves his motherland feesl proud talking about the things you have loved from your childhood. 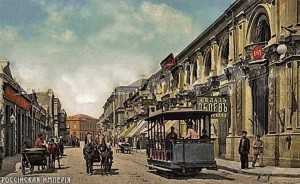 Located in the West of Caucasus Azerbaijan has original climate: there are 8 climate kinds of 9 existing here.

Population of Azerbaijan is approximately 9 million the area is 86.6 thousand  square km.

As in other countries the most populated place of the country is its capital, Baku.

From the beginning of capitalist development in East Baku has a special history.  Located on a bay in the South of the Absheron Peninsula, Baku was founded in ancient times as a fortress and a port protected from the winds and storms of the Caspian Sea. The name “Baku” means the town of winds.

Baku area is believed to be one of the oldest cultural and economical centers of Azerbaijan, and indeed of the entire Middle East. The city first became a political capital during the 12th century, when the Shirvan-Shah dynasty moved his residence to Baku from Shamakhy.  During this time, strong defensive walls were built around the city, along with number of architectural masterpieces that have survived from the 12th century, the Palace of Shirvan-Shahs and the Maiden’s Tower. The famous tower was built in 6th century but the developed later. During rodeos and battles this tower was the most defensive place. That’s why its called Maiden what is clear and untouched as a girl.

Azerbaijan is the world’s oldest oil producing country and since 1850 is a world leader. The first oil derrick in the world was built in 1848. In 1871 it was the first to use a steam engine in oil production. By 1901 it was producing 50% of the worlds oil around 11 million tones per year.

During Soviet time Baku has been one of the most important industrial cities of Soviet Union. For example, during Second World War, two thirds of the oil required for the war effort was produced in Baku.

After reestablishing of republic structure, Azerbaijan Government tries to fit to the developed democracy countries, and gets good knowledge from the experience of their legislation system. 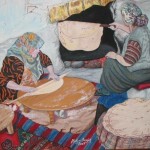 Speaking about typical AZERBAIJANI-AZERIES we can say that it not just Caucasian Character.  Azeri character is the mixture of different kind of influences: Russian, Turkish, Iranian, European and of course  the Caucasian.

What about appearance, the people like be well dressed : in the mind of different people of course.

We have an interesting history. But sometimes talking about it we don’t know the age of history. 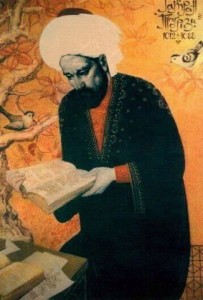 For Azeri people talking about regulation and hebitions  is interesting when they describe the life of other nationalities.  For example: one woman can speak about other any European city and praise the clean streets and fresh air there, but after throw the rubbish in the street of her own city. Men can dislike another sample such as the men talking about the politeness of other nations can then begin shouting and scrabbling in the middle of any party but it can be mentioned about all Caucasian people. The word queue for Azeries is the word of non-grade as they never wait long but punctuality is not of importance tool.

On the whole Azeries are very kind and rancorous, as they can forgive and forgive very quickly. But sometimes it is not good, if you repeat the mistakes done before. 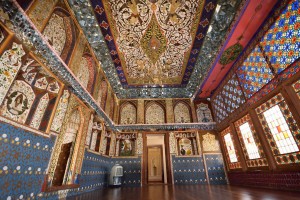 Azeries are very hospitable so You can go to any your relative or friend without ringing him up. And it will be normal if you receive any non expected guest. Azeries like to cook and serve. They try to do the best for their guests.

Typical Azeris never have big money. Owning some money he will buy expensive clothes and cars. He will never consider health and property insurance until he has a problem.

So I don’t know how Allah forgives us with so many failures.